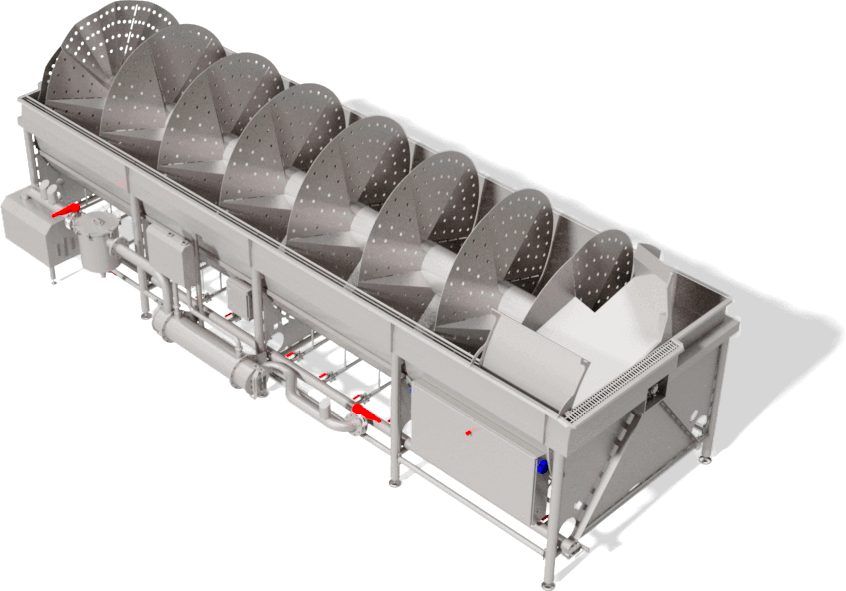 We have extensive experience in integrating the RoteX™ system into existing and planned processing lines.

Thank you! Your submission has been received!
Oops! Something went wrong while submitting the form
Contact our specialist

Thank you! Your submission has been received!
Oops! Something went wrong while submitting the form
{{errorMessage}}

RoteX™ Aquaculture solutions are designed to ensure efficient bleeding after stunning followed by rapid chilling, which helps deliver consistenly superior product quality. The main benefits of the system are the controlled bleeding times and precise temperature, where each individual is subjected to the exact same treatment supported by a first-in, first-out (FIFO) process. The water temperature is evenly distributed within the tank by patented side injection that circulates water or fluid ice to evacuate blood efficiently, driven by a robust PLC computer. The temperature in the tank is regulated and optimized according to the fish temperature and production requirements.

The system setup is flexible with the possiblity for two separate tanks (bleeding and chilling), but the size and complexity of the system is determined by customer requirements. The full system has two different sections (tanks) where the fish are stunned and bled for 30-40 minutes at an optimal temperature. After bleeding, the fish is gutted and delivered to the chilling tank where it is rapidly chilled close to 0°C. 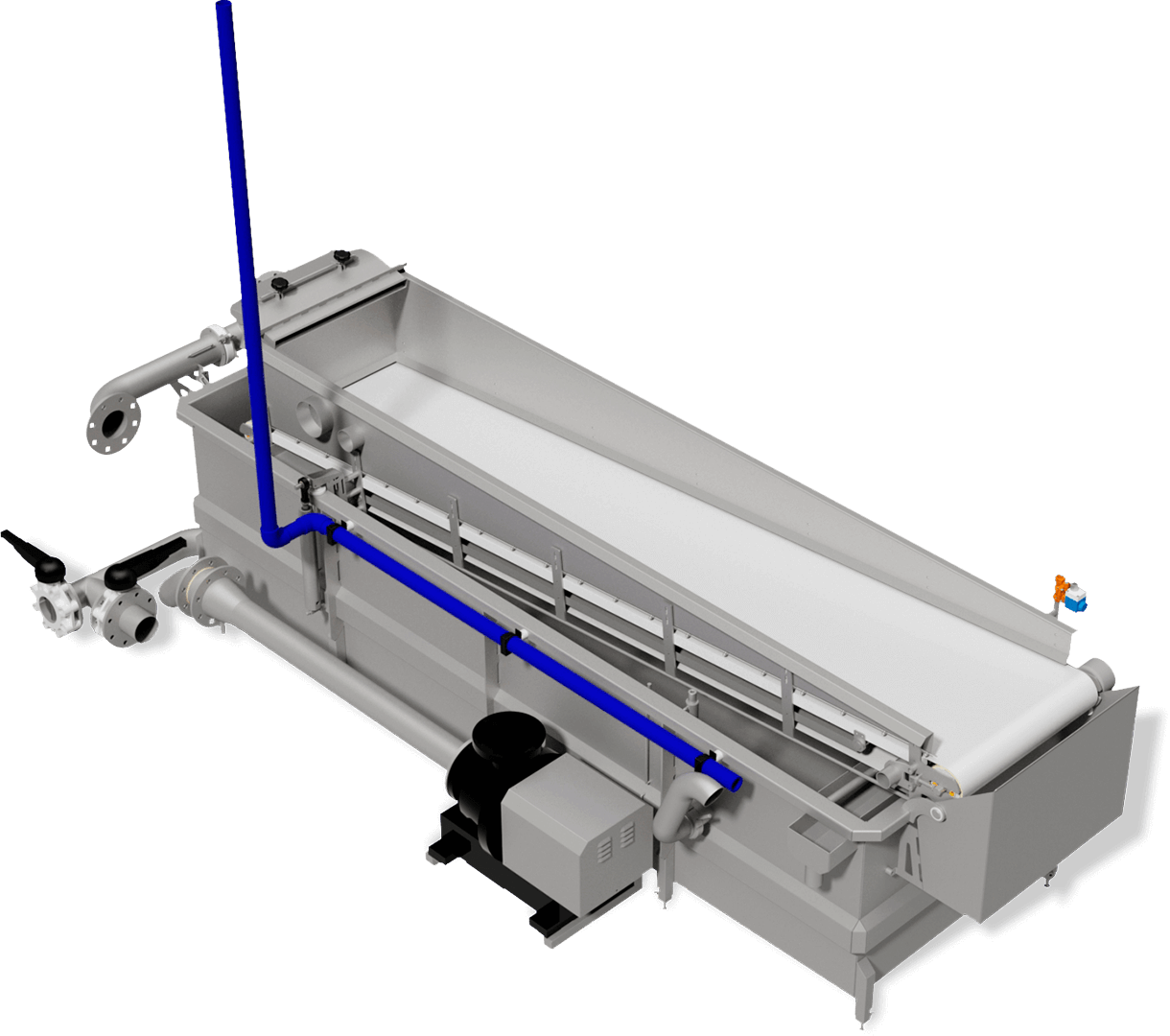 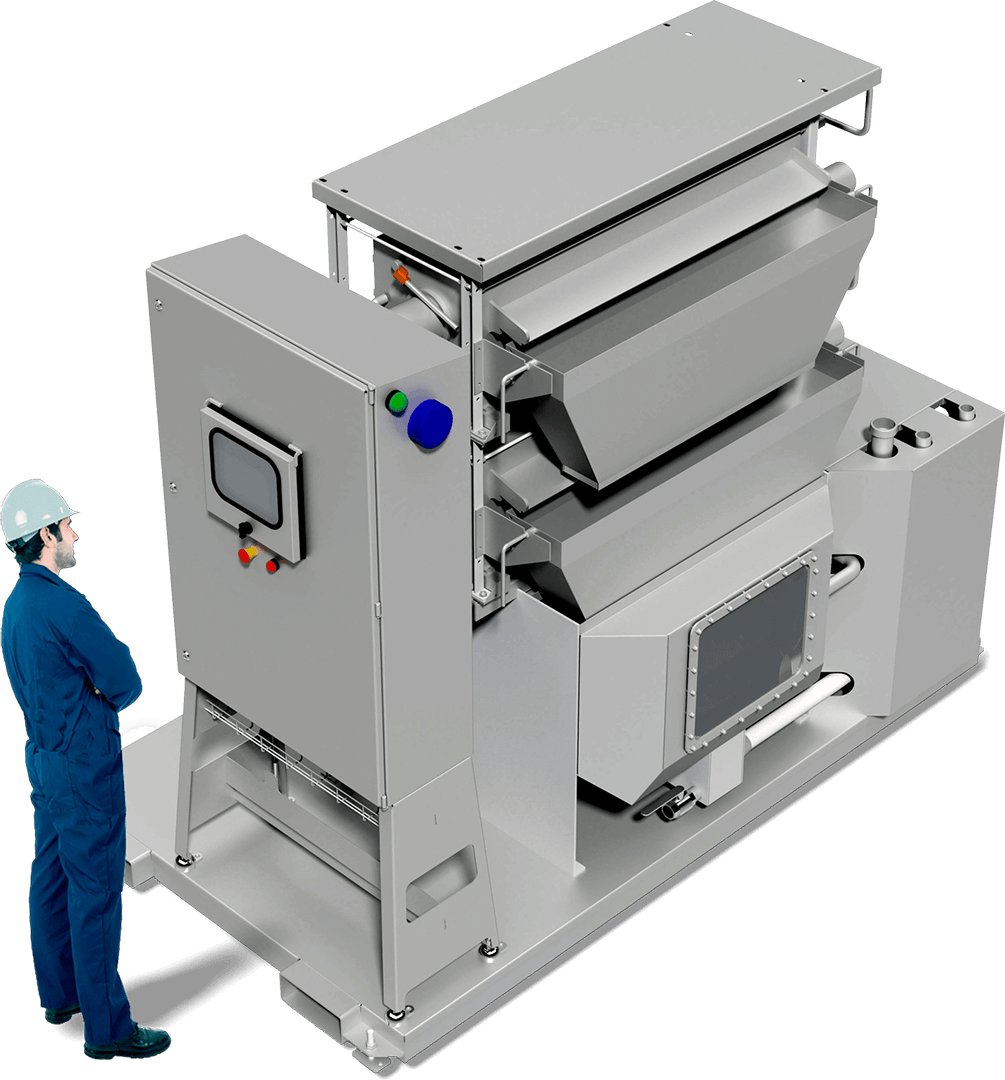 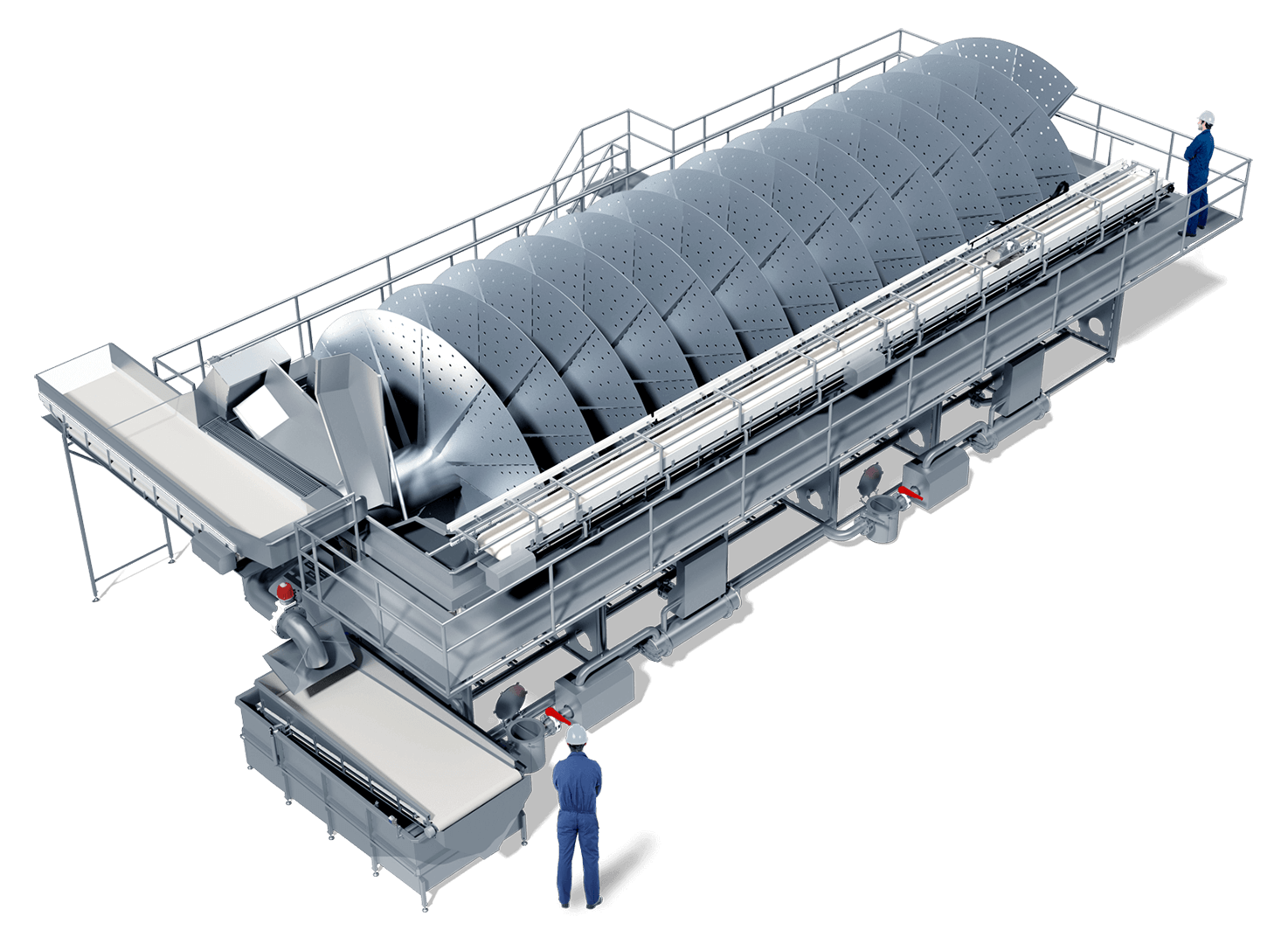 The benefits of immersion versus air thawing